5 Famous Siblings And Their Story

Home/Advice, Benefits of Music, Life After Lessons/5 Famous Siblings And Their Story

5 Famous Siblings And Their Story 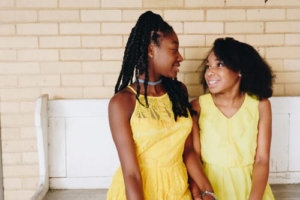 As in the post previous to this, sometimes dealing with siblings who are competing with each other to be the ‘better’ musician in the family can be a struggle, but read these 5 examples of successful and co-operative siblings which shows the better side of competition!

Born 16 months apart, the Hungarian conductors Ivan and Adam Fischer both came of age under communism, but still were able to found their own ensembles in the 1980. Over the past decades they’ve molded them both into world-class orchestras. Ivan’s Budapest Festival Orchestra attracts large audiences for its incredible vivid performances. Meanwhile, Adam’s Austro-Hungarian Haydn Orchestra, now based in London, still maintains a middle-European emphasis, but has expanded its focus from its namesake composer.

Though both Branford and Wynton Marsalis seem more comfortable in the jazz oeuvre these days, the two brothers, have serious classical chops. Both have been courted by symphonic orchestras for multiple collaborations. Wynton, who’s younger by a year and plays the trumpet, has been a more frequent fixture in the symphony hall, having recorded works by Bach, Hummel, and Haydn. Branford, a saxophonist, has been a soloist with the Boston Pops, the Chicago and Detroit symphony orchestras, and the New York Philharmonic.

Just looking at their names you wouldn’t necessarily find a connection between the Detroit Symphony Orchestra music director Leonard Slatkin and the eminent cellist Frederick Zlotkin. However, Frederick changed his last name to reflect its original Russian spelling, and perhaps quiet any charges of nepotism. Last spring, the brothers came together for whom else but mom, the cellist Eleanor Aller, as Leonard conducted Frederick in Korngold’s Cello Concerto. The piece was first played by Aller on the soundtrack to the 1946 film Deception.

The Korean pianists Lim Dong-Min and Dong-Hyek rose to fame competing against each other—as well as a field of talented pianists—at the 2005 International Fryderyk Chopin Piano Competition. They tied for third. Though the brothers haven’t shared any titles since then, both of their career paths have taken them to New York. Dong-Min, who was born in 1980, studied with the pianist Richard Goode at Mannes, while Dong-Hyek, born in 1984, was a student of Emmanuel Ax at Juilliard.

The violinist Gil Shaham and his pianist sister Orli have created names for themselves both as a duet and separately. After touring extensively together, pair parted ways in the late 1990s so that Orli could step out of her older brother’s limelight. Orli has since helped create the Baby Got Bach series, in addition to fostering a burgeoning career as a soloist. Gil’s career, meanwhile, has not waned, as he’s one of the world’s most renowned violinists.