Child Is Upset That Friend/Sibling Is Progressing More Than Them

Child Is Upset That Friend/Sibling Is Progressing More Than Them 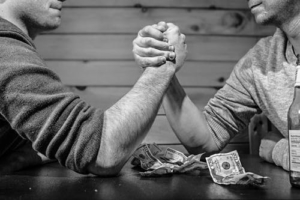 I have seen this time and time again as a piano teacher.

Once I taught two twin girls lessons. They were twins and they had a one-on-one lesson each, one after the other.

I taught them different songs at the same level but one showed a lot more natural talent and was able to be entered in for her grade 1 before the other. The child who wasn’t being able to start preparing for her grade was upset that she wasn’t ready even though she practiced just as hard as her sister.

In this case I suggested that the children has lessons at a time when they couldn’t listen to each others lessons. The children would discuss their lessons but I told the mother she had to make sure that sharing was kept friendly and wasn’t taken to a level where it was about who was better.

I also taught another family where the brother was learning guitar and the sister piano. They also bickered, saying one was better than the other. The benefit of having two different instruments is that it is very difficult to compare the levels of one to another!so that helped with making sure the children stopped fighting over who was best ! I always say to people you just have to make sure that they are  both enjoying the lessons and monitor that they don’t make the other feel bad if they aren’t progressing as well. Some people take a lot longer to learn things but that doesn’t mean they aren’t talented or shouldn’t study music- in fact, I find those who have to work harder at learning music are the those who stick with it the most and end up learning to a much higher level as they carry on lessons for so much longer than the ones who find it easier!