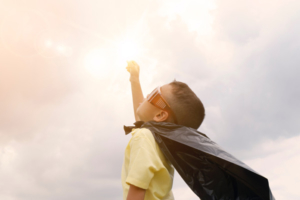 Mary’s son had huge anxiety when it came to standing up in front of his classmates and speaking . She tried various tactics to try and help her son but nothing worked. She thought perhaps singing lessons could help him in his projection and confidence, and so spoke to the school about enlisting him for the lessons there. After only a few lessons it seemed that the lessons had had an adverse effect. His anxiety grew as he missed out on lessons and felt like he was always trying to catch up with what he had missed. He then became more and more fearful to speak in class in case he said something wrong.

She decided to try and have private lessons after school and began the process of calling teachers, speaking to friends and family for recommendations and so on. She found a tutor but realised they just focused on singing and breathing and this didn’t help her sons confidence or anxiety. After only 6 months she abandoned the lessons.

Mary heard about Key Lessons some months later and read on their website that many of their tutors are active performers in the music industry and so asked for a tutor who might be able to help with performance and not just singing itself. Key Lessons had a qualified drama, singing and performance tutor trial with them and Mary noted that even from the free trial lesson her son seemed to have more confidence and was eager to have the next lesson.

Over the coming weeks the tutor focused on many confidence and voice projection exercises including posture, stance, breathing and enjoying performing. Her son was asked to say his times tables in front of his classmates and  applied these techniques to great success. Mary’s son asked the tutor to say his times tables in class every week and found that his anxiety lessened everytime he spoke in front of his classmates. He even enjoys it now Mary has told us!

His newfound confidence spread to every aspect of their lives- to making more friends at school, to being more decisive and assertive in general. Mary has praised Key Lessons for bringing out a new side to her son- a confident , strong and happy side.