Pros and cons to a career in Orchestral Music- Douglas Yeo

Home/Advice, Life After Lessons/Pros and cons to a career in Orchestral Music- Douglas Yeo

Pros and cons to a career in Orchestral Music- Douglas Yeo 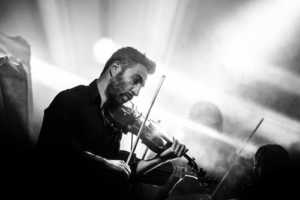 Douglas Yeo is a fantastic musician who has played for several years for the Boston Symphony Orchestra.

He wrote a very honest review of life as an Orchestral musician and one I thought would be great for those studying music to hear about and consider. Here is the gist of it below:

An opportunity to do something you love as your job.

There are not many jobs that provide one the ability to do exactly what one trains to do. If you love playing your instrument, a career in a symphony orchestra provides a chance to do that on a daily basis and, on concert nights, have the satisfaction of 2000 people on their feet congratulating you for a job well done.

The potential for a stable career with excellent job security, salary and benefits.

The base scale pay for members of the top American orchestras (Boston, Chicago, Cleveland, New York, Philadelphia) is approximately $2000+/week (minimum guaranteed scale). These orchestras typically offer 10 weeks paid vacation & generous sick leave,.Many people in full-time jobs doing something they don’t love earn less than this and don’t have as many job perks!

Many orchestras make either audio or television recordings. Current AFM scale for a three hour recording session (symphonic scale) is approximately $350.00 not including yearly residual royalty payments made to the individual musicians.

Top orchestras regularly go on tour to various places in the world. Since I joined the Boston Symphony in 1985, I have toured (in most cases several times) Japan, China, Hong Kong, South America, Europe, The Canary Islands, and the United States. Orchestra members are provided with a private, single room in tour hotels as well as a daily food per diem allowance of approximately $60.00+/day.

Instant credibility in the music market.

Simply by virtue of the fact that a person is a member of top symphony orchestra, many other doors open easily, particularly in the realm of teaching. For those in orchestras in large metropolitan areas, colleges, universities and conservatories of music usually draw their faculty from the ranks of the local symphony orchestra. In addition, upon retiring from the orchestra, symphony players often become leading candidates for full time jobs in colleges because of their vast experience.

While work in a symphony orchestra is demanding (see below), the fact is that the average 8 service week for most major orchestras is an attractive schedule. A typical Boston Symphony Orchestra work week will usually include four 2.5 hour rehearsals and 4 concerts. If a player chooses not to teach or engage in other work outside the orchestra, it is possible to be home for three meals a day on most days of the week and enjoy a “work week” of about 20 hours on the job. Of course, individual practice adds up to make a full work week, but such practice can be done on a flexible basis and usually at home. For players with young children, the job is one that provides significant time at home. For players with a spouse who does not have a full time job, having Sunday and Monday as days off (as is the case most weeks in the BSO) provides time for relationship building and time off when (on Mondays) most of the rest of the work force is busy at the office.

Despite the fact that an orchestral job provides stability, a good income and the satisfaction of a life in music, many players become cynical and jaded because they feel their work as individuals is not appropriately recognised.

Wind and brass players are usually hired to individual positions in an orchestra, say principal trombone or second trumpet. While some positions require specialty players (such as bass trombone, tuba, contra-bassoon, bass clarinet, english horn, piccolo, etc), second players (and most section string players) have few opportunities to move up to principal or premium chairs. Because players who are tenured often stay in an orchestra for a lifetime, the possibility for moving up in a section only comes when another, higher positioned player, leaves or retires.

The work is demanding.

Keeping in daily shape for performing in a major symphony orchestra is hard work. Personal warming up and practice time can occupy many hours a day. Even on vacation, musicians must continue to practice lest their musical skills diminish. When one is not at work, the need to continually keep in shape is always there.

What did you think of what he said? Does it make you nervous or excited? Would you consider playing in an orchestra? Or do you already?! Get in touch as would love to speak to anyone after reading this fantastic article!