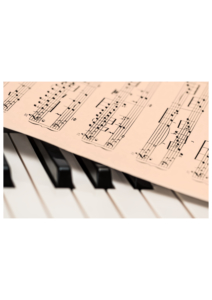 Frederic Francois Chopin was a 19th century Polish composer and virtuoso pianist who wrote primarily for the solo piano. He was a poetic genius and one of music’s earliest superstars. He was blessed with a professional technique that was unparalleled in his generation. He was a child prodigy and had started giving public concerts by the age of seven .He left for Vienna a month before the November 1830 . By this time he had already completed his musical education and had composed many works in Warsaw. Eventually he settled in Paris and obtained French citizenship. Primarily he earned his living by selling his compositions and teaching piano. His piano compositions were very popular and included sonatas, mazurkas, waltzes, nocturnes, polonaises, études, impromptus, scherzos, and preludes. He mostly preferred to perform in salons and gave just 30 public performances in the last 18 years of his life. Frederic’s health remained an area of concern throughout his life and took a severe toll on his productivity. After several years of indifferent health he finally succumbed to tuberculosis and passed away in Paris. His pupil and admirer, Jane Stirling, supported him financially in the last years of his life.

Here’s a timeline of his life and career:

no credit is taken for the above information by Key Lessons