10 Psychological Benefits of Listening to Music – Numbers 9 and 10

10 Psychological Benefits of Listening to Music – Numbers 9 and 10

This is our final piece on psychological benefits that music has.

9-Music Can Reduce the Symptoms of Depression 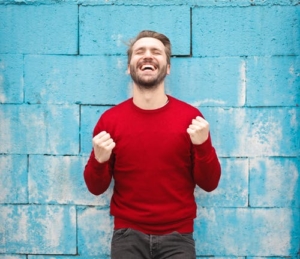 Researchers have also found that music therapy can be a safe and effective treatment for a variety of disorders, including depression.

A study appearing in the World Journal of Psychiatry found that in addition to reducing depression and anxiety in patients suffering from neurological conditions such as dementia, stroke, and Parkinson’s disease, music therapy showed no negative side effects, meaning it is a very safe and low-risk approach to treatment.

One study found that while music can certainly have an impact on mood, the type of music is also important. Researchers found that classical and meditation music offered the greatest mood-boosting benefits, while heavy metal and techno music were found to be ineffective and even detrimental.

This takes us back to the points of certain music helping you to speed up (exercise) or slow down (to sleep) depending on what music you use but pushes it further in saying that music can nourish you also.

and finally, 10-Music Can Improve Endurance and Performance

Another important psychological benefit of music lies in its ability to boost performance. While people have a preferred step frequency when walking and running, scientists have discovered that the addition of a strong, rhythmic beat, such as fast-paced musical track, could inspire people to pick up the pace. Runners are not only able to run faster while listening to music; they also feel more motivated to stick with it and display greater endurance.

According to researcher Costas Karageorghis of Brunel University, the ideal tempo for workout music is somewhere between 125 and 140 beats per minute.

While research has found that synchronizing body movements to music can lead to better performance and increased stamina, the effect tends to be the most pronounced in cases of low to moderate intensity exercise. In other words, the average person is more likely to reap the rewards of listening to music more than a professional athlete might.

“Music can alter emotional and physiological arousal much like a pharmacological stimulant or sedative,” explained Dr. Karageorghis to The Wall Street Journal. “It has the capacity to stimulate people even before they go into the gym.”

So why does music boost workout performance? Listening to music while working out lowers a person’s perception of exertion. You’re working harder, but it doesn’t seem like you’re putting forth more effort. Because your attention is diverted by the music, you are less likely to notice the obvious signs of exertion such as increased respiration, sweating, and muscle soreness.

Tell us of times you have noticed that music has helped you psychologically?

I think we all have tales of times when we felt low and we put on an album we used to love and how that made us felt better. Or watching a film and hearing some beautiful music and it instantly lifted your mood?

Write in to tell us- we would love to hear and share!

SOURCE and with thanks to:https://www.verywellmind.com/surprising-psychological-benefits-of-music-4126866