Home/Advice, Life After Lessons/Don’t Live With Regret- Get Lessons Today! 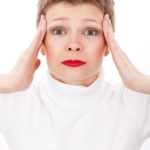 I get many phone calls from people saying that they had music lessons when they were child and that they were pretty good- then they became distracted with school work, friends, a social life etc….but that they REGRET  not continuing with lessons. People often, as they get older, see how special it is to be able to play an instrument, and to play it well -how relaxing it is to play a song on the piano on a Sunday morning, how fulfilling it is to teach your children how to play an instrument and how to play together.

As something just for a sense of achievement and maybe as a stress reliever from work, if this is you, then I would implore you to get back into music. The benefits are  numerous and like learning a language, will make you different to other adults. It’s strange as when we are children, most children around us are learning an instrument but as adults it is very few and far between that someone is able to say that they can play an instrument, and to a good level.

Also, you never know when it will be too late. People often say on their deathbeds that they wish they learnt a musical instrument- don’t let that be you!