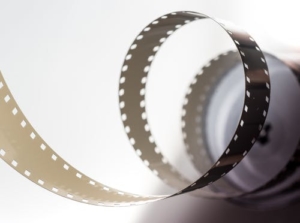 Let’s discuss the musical force that is, John Williams. Unlike the other ‘greats’ i have spoken about previously on this blog, he is not someone I can miss off the list as a ‘great’ composer. read on to find out more about this impactful film composer.

John Williams was born in New York City on February 8, 1932. Williams—who studied at Juilliard—worked as a jazz pianist and studio musician before starting to compose for television and film. His career took off in the 1970s; since then, he has scored more than 100 films, including Jaws (1975), the Star Wars films, E.T. (1982) and Schindler’s List (1993). Williams has won five Academy Awards and received a record-breaking number of nominations.

John Towner Williams, generally known as John Williams, was born in the Flushing section of Queens, New York, on February 8, 1932. His father was a musician, and Williams started taking piano lessons at a young age. With his family, Williams moved to Los Angeles, California, in 1948. He attended the University of California at Los Angeles for a short time before being drafted into the U.S. Air Force in 1951.

After three years of military service, Williams returned to New York City, where he worked as a jazz pianist. He also attended the Juilliard School, studying with famed teacher Rosina Lhevinne in pursuit of his dream of becoming a concert pianist. However, Williams confessed in a 2012 interview with NPR that at Juilliard he heard “players like John Browning around the place, who were also students of Rosina’s, and I thought to myself, ‘If that’s the competition, I think I’d better be a composer!'”

In Los Angeles, Williams became a movie studio musician. He was heard as a pianist on films such as Some Like It Hot (1959) and To Kill a Mockingbird (1962). Working with  Hnery Mancini, Williams also played piano on the theme for the television program Peter Gunn. Soon, Williams was composing his own music for TV. Shows that received Williams’s musical touch include Wagon Train, Gilligan’s Island and Lost in Space.

“I developed from very early on a habit of writing something every day, good or bad.”

Williams also composed and arranged music for the big screen, starting with Daddy-O (1959). He received his first Academy Award nomination for Valley of the Dolls (1967). In 1972, Williams won an Academy Award for his work on Fiddler on the Roof.  He’d also gained attention for his score for The Poseidon Adventure (1972), which received an Oscar nomination as well.

“I have to say, without question, John Williams has been the single most significant contributor to my success as a filmmaker.” – Steven Spielberg

The impressive body of work that Williams has created includes music for many other movies, such as Superman (1978), The Witches of Eastwick (1987), Home Alone (1990), JFK (1991), Angela’s Ashes (1999), the first three Harry Potter films, Memoirs of a Geisha (2005) and The Book Thief (2013). Williams is known for writing soaring scores that often feature recurring musical motives. In an ongoing career, he has worked on more than 100 films.

As of 2018, Williams has garnered 51 Academy Award nominations, making him the living person with the most nominations. He has won five Academy Awards: In addition to Fiddler on the Roof, Williams received Oscars for Jaws, Star Wars (1977), E.T. and Schindler’s List. Williams has also received three Emmy Awards and more than 20 Grammy Awards. .

no credit is taken for the above information by Key Lessons