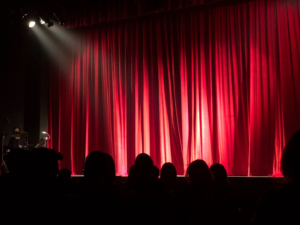 Ryan started a new secondary school and decided he wanted to take music lessons. Everyone in his class had started lessons in an instrument and he felt left out. Most of his friends were learning the drums or guitar but he knew he wanted to learn something different. Without much of a clue what that was, his mother contacted Key Lessons to see if we could provide a trial with a tutor who taught a few instruments and therefore could bring some to their house for the trial. Key Lessons provided a piano, clarinet and singing tutor. The tutor was able to bring a small keyboard with them and a spare clarinet. The trial consisted of 10 minutes focusing on each instrument and there was a clear winner at the end; the clarinet!

They booked a block of lessons and Ryan worked hard to get to the same paying level as his friends were in their instruments. He said competition between his friends was fierce and he wanted to win!

Before we knew it Ryan was doing his grade 2 within the first year and a half of lessons. There seemed no stopping him!

Ryan has since been very interested in orchestral music and loves the idea of being in one. He has said to his tutor that the idea of surrounded by lots of different instruments and playing all together seemed awesome!

As a Christmas treat, his mother took him to see the Royal Philharmonic Orchestra perform at the Royal Albert Hall with the London Community Gospel Choir. He has been smitten ever since! He has said to his tutor that his ultimate goal is to perform with the Royal Philharmonic as they get ‘the coolest gigs’! He says he loves the range of what they get to do; record for movie soundtracks, perform all types of music from classical , jazz, pop etc . He says he would love to travel the world and get paid for it so this would be the ultimate way!

Ryan has since been focusing on finishing all his grades and wants to enter into a music college that would allow him the best training in order to get into the Royal Philharmonic!

We wish him the very best of luck!