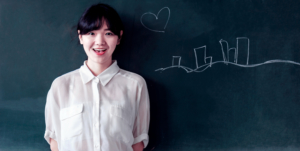 Juliette started clarinet lessons at her school. She was very excited to start learning as her previous school didn’t offer lessons and she had been on the waiting list for her current school for 6 months. She was nearly 8 years old and already felt behind her friends who had been learning musical instruments since they were in primary school. Juliette was a really keen student- she did her homework and spent a lot of time trying to master the sound of the clarinet. With a few months of lessons she noticed that she felt really dizzy whenever she played. She spoke to her tutor about it who told her that “everyone got dizzy and she needed to keep going to get used to it”. Months passed and she still suffered from the same problem. Juliette felt it was getting worse as she progressed to longer and more difficult pieces.

Seeing as her dizziness was not getting better she felt there was no option than to quit the clarinet.

Her mother decided to speak to her tutor who said that most people just “get used” to the sensation so maybe she needed to “stick it out a bit longer”.

Juliette’s mother wanted a second opinion as she knew how much her daughter loved the clarinet so she called Key Lessons. We provided her with a trial lesson and during the trial the tutor said Juliette’s dizziness was due to her lack of breathing technique. It seemed that Juliette hadn’t been taught how to breath properly whilst playing the clarinet and with only a few tips and tricks was able to play her music pieces without feeling dizzy. It was also found that Juliette hadn’t been taught how to clean her clarinet properly so with one demonstration, she was shown how to and this allowed more air to pass through the instrument without her blowing so hard and therefore reduced her dizziness further.

Juliette’s mother signed up for a few lessons and wanted to see how Juliette progressed with that. She was not willing to compromise on her health for the lessons so wanted to review the situation lesson by lesson.

Juliette’s problems did not return and Juliette has had consistent lessons with Key Lessons since 2014.Juliette passed her grade 1 exam within her first 6 months of tuition, started playing in her school orchestra since 2016 and has formed a 4 piece band with 3 other orchestra members and has performed their school fair.