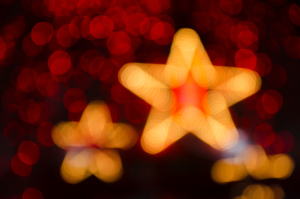 Kaito was a very bright young boy whose family had relocated from Japan to London. Kaito had asked his parents for harp lessons when they settled in their new home in Wimbledon.

At 5 years old Kaito was very small and so his parents wanted to resist buying the wrong harp until instructed to do so by a professional. They had heard about Key Lessons from other mothers at their school and wanted to try out the company’s free trial policy before signing up to any lessons.

They had a trial and the tutor brought over the smallest harp she had (a 19 string harp) for Kaito to try using. Kaito was excellent on the harp from first use. He showed a lot of enthusiasm and passion which was a great starting point.

At the end of the trial the Key Lessons tutor explained about all the different types of harps you could get and gave them many examples of ones that would be perfect for Kaito.

Kaito’s parents bought a harp for only £100 under the guidance of the tutor.

Within a couple of weeks the new harp had arrived and Kaito was ready for lessons.

Kaito took his time to learn the basics of the harp. Being so small it is quite a task to use both hands at the same time whilst raising them in the air so he needed to develop his arm strength and coordination. The tutor slowly guided him through the steps of progressing with the harp . They learnt how to play “twinkle twinkle little star’(kira kira hikaru in Japanese) which was his favourite nursery rhyme in Japan . They sang along to it in English and in then Japanese (Kaito taught the tutor how to sing it!) .

Kaito’s parents were delighted when they saw him playing and singing in his native language and asked the tutor to teach him more Japanese songs.

The tutor wasn’t aware of any Japanese songs but was willing to learn (she was Australian herself!). Kaito and his parents gave the tutor a list of songs that they wanted to learn and so one by one the tutor researched the songs and came back to the next lesson ready to teach it to Kaito.

Kaito has improved so much that his parents have bought him a lever harp for his birthday. Kaito will be sitting his grade 1 in just a few short months. From what his tutor says he will pass with flying colours !