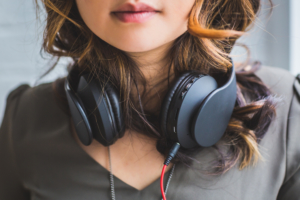 Alex was a teenage girl who had learned to play the cello since she was 8 years old but after having completed up to grade 5 she had lost passion for the instrument.

One day her mother was watching the BBC Proms on television and Alex was struck by Alison Balsom’s trumpet performance. She was enchanted by the trumpet and loved the strength and power it commanded. Never having even held a trumpet Alex asked her mother if she would be able to have a few lessons in the instrument.

Alex’s mother soon enrolled her for lessons at school but Alex soon became frustrated with missing her school lessons for both the cello and trumpet. Alex’s mother didn’t want her to quit the cello so agreed that she would get her trumpet lessons privately so she didn’t miss out on anymore school work.

Alex’s mother called Key Lessons seeking tuition and needed a tutor that a teenage girl would connect with and be inspired by. Key Lessons had a female teacher available for the lessons and this really inspired Alex. Alex found learning the trumpet really difficult,.

Having mastered how to use a bow and her arms she now had to focus on her lips, breath and fingers more which took her a solid 6 months of tuition to feel like she was getting a hang of. She hadn’t let this deter her as she was aware that it took her a while to master many techniques on the cello.

Alex took graded exams with the trumpet and year after year she focused on achieving more and more grades. Now having sat her grade 4 exam, Alex decided that she wanted to pursue a career in music but wasn’t exactly sure in what. She knew she was attracted to the behind-the-scenes work rather than performing.

She opted to do a music production course at her local college. She learned many things on this course but found that what she found she gravitated towards the most was post –production of a track and the arranging of the music. To her surprise, she found that most people on the course had not had any formal music lessons or some knew one instrument to the very base level.

She found her music experience in both instruments and her understanding of theory had greatly helped separate her from her peers within the course and feedback from her suggests she is currently excelling!