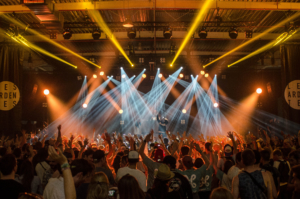 Yasmin was a lovely 14 year old girl who wanted to have harp lessons. She had a few learning difficulties and so wanted to utilise Key Lessons array of specialised learning disability tutors.

She was very good at retaining information and so knew that memorizing pieces of music would not be a problem. Yasmin suffered from Language Processing Disorder and so had difficulty with language and verbal communication. She was also getting tested for Autism and ADHD.

Yasmin was a very shy girl and as she struggled with language, her parents thought she might find music a good way to express herself without the need to speak.

Yasmin had a trial lesson with a specialsed learning disability tutor who she seemed to like straight away. Yasmin’s parents had said she likes calm and patient people and so we sent her a tutor who matched those requirements.

They booked a block of lessons immediately and Yasmin seemed hooked from the very first minute!

Yasmin was able to play very difficult songs from a very early stage. She is extremely good at practicing and does so every night after school.

Yasmin’s memory has been her strong point. Her tutor has said that any piece she has been asked to learn will be memorised by the next lesson!

Her parents have said to Key Lessons numerous times that lessons have given their daughter the biggest smile on her face & they just wish they started lessons sooner.

We couldn’t be prouder of Yasmin, except in 2017 she made us most proud of all!

Key Lessons received a phone call from Iranian X Factor (filmed in London). They wanted someone to play the harp for one of the top 5 contestants in the semi- finals.

Yasmin and her family are Iranian and so we asked them if Yasmin would like to play along with her. It was a traditional Iranian song which Yasmin was familiar with. She jumped at the opportunity and learned the song within an hour!

She attended rehearsals and then filmed the next day without a hitch!

The productions were so impressed with her and Yasmin has had a little taste of fame as well! Her parents attended the sessions and say their entire family has been overwhelmed with pride for Yasmin.