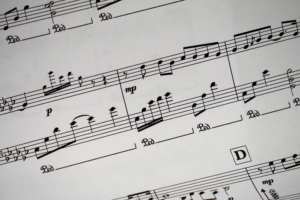 Clarence was someone who Key Lessons spoke to at great length before she started lessons as she was very particular in what she wanted and needed from a tutor.

Clarence turned 30 and had some exceptional bad news. She had been diagnosed with an illness that would debilitate her, potentially for the rest of her life. After years of treatment she is now gladly better but still has health issues to battle everyday. Clarence said one of her biggest wishes now she was healthy was to learn the clarinet, from scratch. Clarence’s illness and medication had effects on her movement, co-ordination, concentration level and ability to retain information . Key Lessons provided her with a tutor who was incredibly patient and who listened.

Clarence had the trial and loved the tutor from the start saying they just ‘knew’ how to deal with her situation from the onset.

Clarence has been taking lessons with Key Lessons since early 2016 and has been consistent in her learning. She has had to pause for a few weeks or a month every now and then as she has had to change medications and needed to allow time to see if she had any major reactions to it.

Clarence wrote an email to Key Lessons stating ‘so pleased with Key Lessons. The tutor you have provided me is perfect for me. I stalled having lessons for so long because I thought it would be too difficult for me but you have proved me wrong! I love my lessons and am so grateful to you. Thank you so much’. We were ecstatic to receive such good news and the tutor was delighted to know she was enjoying her music lessons so much; as well as getting so much out of learning music!

Clarence is part of a facebook group with people in London who live with the same issues as herself and she has been speaking to them about the benefits of music.

It has calmed her, distressed her, increased her ability to retain information and concentration levels. That is also not including that she has found it very fun and enjoyable to do as well! She has told her group that she feels so much better since having music lessons and is imploring them to have them! She thinks it’s the best treatment she could have!